Sports industry is a multi-billion dollar industry and not even half of it has been exhausted.On the other hand, innovation in sporting industry has been slow and this has seen many talent go to waste.

I having been a soccer player by professional and been exposed to ultimate innovation standards, think that its time we start focusing on sports innovation,analytic, sports data warehousing and data intelligent in a more serious way.

Its with no doubt that one of the major asset in the sports world across all fields is data. In one way or another, i can confidently say that sports organisations around the world are increasingly getting on board with analytic. Whether it’s to identify an edge in performance from players or finding one away from the field of play, using data to inform decisions is becoming essential.This has been made possible with the help of business intelligent and Internet Of Things.

With that said and done, i still believe that data analytics has not been utilized fully, using Soccer to base my argument, we need some analytic systems that help the coaches to make informed decisions, in making substitution, in selecting the first eleven and in tactic play during certain matches. We need high definition 3d cameras that records each and every move, turning, skill and reaction, stores it as data, analyzes it and gives a reliable report in real time. we need cameras that track and quantify everything during a game where innovation is quickly going from a geeky extra to a necessity 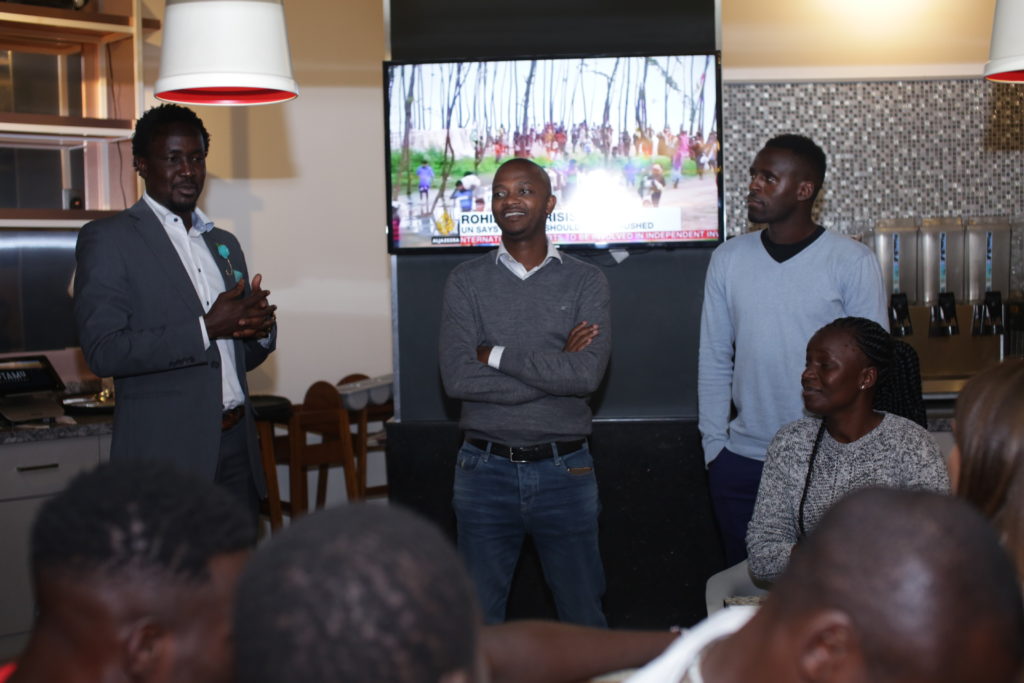 Its time we introduce the 4th generation technologies which will improve the output of our sportsmen and women, systems that will utilize data being fed to them and make it possible for players watch the ghost of themselves play against the opponent way before the game, this is possible by use of the data collected via the powerful camera that captures each and everything(data) you do in the field against different teams, your style of play and lot of other reliable data and transforms that into motion and makes it possible for you to watch the ghost of yourself play pre the game.

IBM which is one of the leading companies in data mining, data warehousing and Business Intelligent have has created an online stats dashboard that cuts through reams of new data provided by motion-capture cameras and automated sensors. The software’s specialty is its predictive analysis. Based on more than 41 million data points from eight years of Grand Slams, SlamTracker applies some of the same analytic techniques as IBM’s crime data tools to pinpoint what each player needs to do to win a given match. By updating those numbers during the match, SlamTracker provides a deeper perspective on the action.

i am happy and satisfied on the type of replays we get on various games who use two dozen high-speed cameras to capture the on-field action, the replays turns sports highlights into jaw-dropping 360-degree clips, but i still think there is room for more innovation.

The sports reporters and fans need bigger platform in data intelligence and analytic, this will make them rich in information hence their creative statistical analysis will certainly deepen fans’ understanding of games and change the sports conversation, much as what is happening in the politics today.

More innovation is needed for redefining ticket sales. Many clubs loose much revenue due to poor ticket sales strategies, uninformed ticket charges and fraud. Sports organizations and Governments need to invest on a reliable, secure and efficient ticketing systems.

We need more and great ideas on various things in the stadiums,such as lighting, lets utilize renewable energy on our sports ground, lets recognize our environment, lets the fans and players still feel that there are part of an environment not in segregated place in Pluto or Mars. Lets have grounds that are more different,in underground, caves, on islands, lets have Floating grounds, just lets try something new, lets push innovation,technology and applicability into a higher level in the sporting industry

Lets start utilizing technology on sports scouting, technical development and training, injury prevention and conditioning,performance enhancement,digital & Technological Innovation. Lets turn sports into another innovation hub that will push the level of thinking and creativity into a whole new level in this century

innovation has no direction of expansion, you just need to start from somewhere on the circle and know your direction

The Kenya Footballers’ Welfare Association (KEFWA) was formed on September 2011. The aims of the KEFWA are to protect, improve and negotiate the conditions, rights and status of all professional players by collective bargaining agreements.

"We want to educate players on how to brand themselves professionally through the social media. This will help them know how to properly take advantage of the Digital world usage. It will also be a chance to know how to create their websites among others," Dan Makori the KEFWA Education officer